This week was a ton of performance optimizations and graphics upgrades.

Cascading shadow maps! Basically that means all the shadows are much sharper. It was surprisingly easy to implement and barely impacts performance.

Here's a screenshot showing off the new shadows, plus a new character modeling experiment. Just testing things out for now. What do you think? 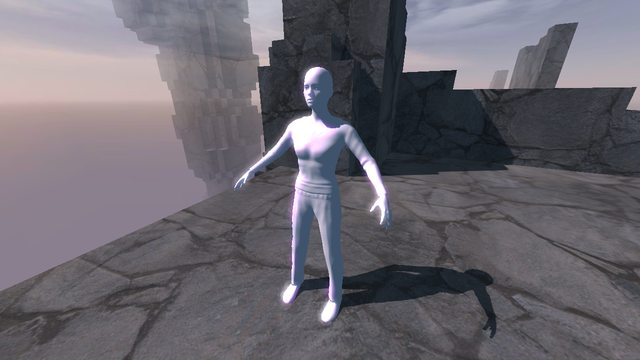 Turns out, Blender has something called Rigify that can automatically generate an absolutely kick butt IK rig for your character, complete with blend weights for skinning. It's not perfect, especially when there are separate disconnected pieces (eyeballs, for example), but the few problem areas are easy to correct manually. Here's the character animated with the default calculated weights. I haven't touched them at all yet:

That animation is a grand total of three keyframes. I just have to move one IK control, and the rest of the body responds naturally. The rig I have now is entirely FK, meaning to get the animation above I would have had to manually rotate the joints of the legs and arms to get the hands and feet to stay planted. This is one reason the placeholder animations are so terrible. Just having an IK rig means animations will be instantly better.

Again, this is all very experimental but I think it could save a ton of time. Rigging and animation both seem like much easier problems to tackle now. If I continue with this idea I'll definitely post an article about the whole Rigify process, because there is a huge lack of documentation on the subject.

What else is new? Oh, one of my players built this insane structure using the wallrun mechanic... it was slightly exploitable. I went ahead and patched that. 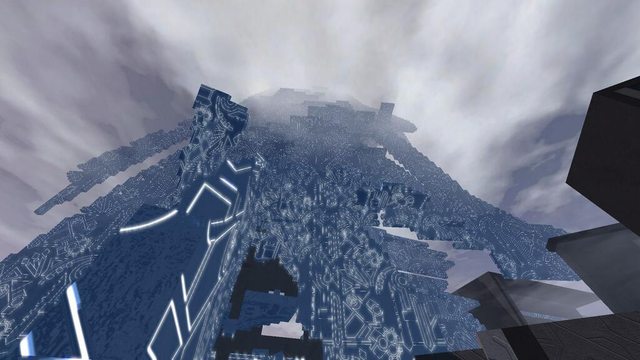 More info about the performance optimizations that happened this week:

My deferred renderer now uses material IDs rather than storing specular properties for every pixel. Now I can cut the G-buffer down to 96 bits spread across three render targets:

Nice things about this setup: