It's not every day you see this email in your inbox.

WE ARE ON STEAM! Thanks everyone for your votes! We were part of a batch of 75 titles, even though we hadn't reached the top 100 yet. Go check out the other games that were greenlit today! 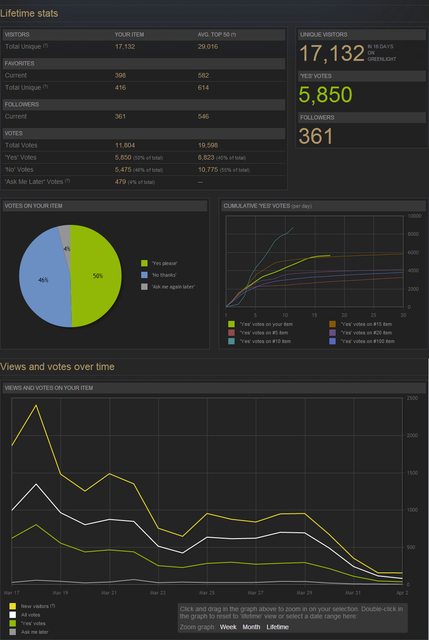 My theory is that the traffic dropped off a cliff at the end because we were already approved and got removed from the rotation. I have no evidence to back it up though.

What else is new? Oh not much, just the brand new build 353 with more features, bug fixes, and level design tweaks than you can shake a stick at. If you didn't have time to try the original demo, now's a great time to give it a go! Here's a very incomplete list of improvements:

Thanks again for voting on Steam, and stay tuned for more updates!