After an unexpected 24 hour delay, the demo is finally out, and the Kickstarter is live! I'm running on 3 hours of sleep, but here's some things you might not have seen since the last release:

The bouncy cubes are now more like crumbly cubes. They crumble when you touch them.

After getting some fantastic feedback from the wonderful folks on Reddit and TIGForums, I went on a level design rampage and re-worked a few of the tight frustrating areas. Here's one of the redesigned sections: 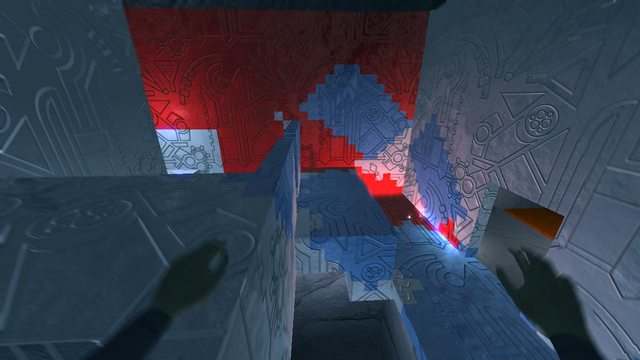 I also made a significant change to the movement code for the first time in a while. Your momentum is now maintained when turning, unless you do a complete 180. Surprisingly, it didn't break any of my level design. The same places are still accessible or inaccessible, but the game just feels much faster and more responsive.

If you haven't seen the game since Alpha 3, there's just no way to cover all the things that have changed. It's like a whole new game with over 194 revisions since then, with two major features and most of the old levels being thrown out. So please give it a shot and let me know what you think!