Flying in the face of midterms and other IRL issues, Lemma boldly marches on!

I realized you need a way to know where you'll respawn if you die, so I added some spawn point graphics. Got the idea from Borderlands. Actually can we talk about Borderlands? Man, every time I play a good game I have to resist the urge to start incorporating its ideas into my projects. If I ever announce that Lemma will feature randomly generated weapons, just slap me until I snap out of it please.

I also tried my hand at fabricating a sound completely from scratch inside Audacity for the spawn point, and it actually turned out great!

Speaking of amateur hour, I also dressed up the player model a bit. Still very rough, but it doesn't look like a scuba suit anymore, and it does the job for the first-person perspective. 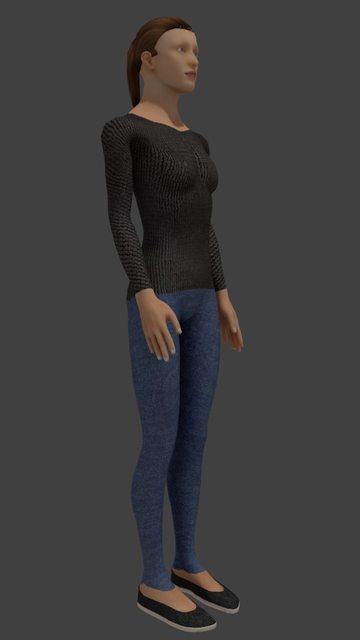 I messed around with an unlockable ability that lets you levitate blocks and move them around. It's pretty fun, but it's difficult to climb on the blocks when they're at a weird angle. Hopefully I'll be able to just improve the climbing code.

I still don't know what to do about this. The problem is, I don't want the player to be able to spam a move and easily create vast amounts of blocks. A straight-up cool-down system wouldn't work, because it just breaks the flow of parkour. I experimented this week with energy pickups, where you have to climb up and grab these little power-ups to keep going. Then I realized I would have to come up with a reasonable way for them to respawn, and I don't like having a UI element on-screen that says "you have 137 energy".

So I'm still stuck on this one. I might move on to something else and come back to it.

Someone on ModDB said they didn't appreciate the charitable aspect of Lemma. I just dismissed the comment at first, but now I think he/she may have had a point, which was that charity can be used as a cheap marketing scheme. Along the lines of "our game isn't that great, but it's for charity, so try it out!"

It made me think that anyone can donate money publicly. You don't actually give up something for nothing; you execute a transaction that earns you respect and "karma".

Anyway, I don't know yet how that realization will affect Lemma. If anything, Lemma would cease to be an "official" charity project, and I would just sell it normally and quietly donate my share of the profit. But we'll see. I may just be overthinking this.

That's it for this week. Keep being excellent, everyone.